Bright and early on Saturday morning, 4 February 2017, almost before the sun was up, over 70 people from various faith communities and neighbouring interfaith networks, members of the police force, community leaders and people working in the area of Family Violence began arriving for the Interfaith Network’s Sixth Annual Interfaith Breakfast held during United Nations World Interfaith Harmony Week 2017. This was held at “The Castle”, Hemmings Park in Dandenong.

The Guest Speaker for this breakfast was Dr Naysun Saeedi from the Baha’i Faith. Dr Saeedi works at the Monash Medical Centre as a child and adolescent psychiatrist; he is also a lecturer at Monash University. 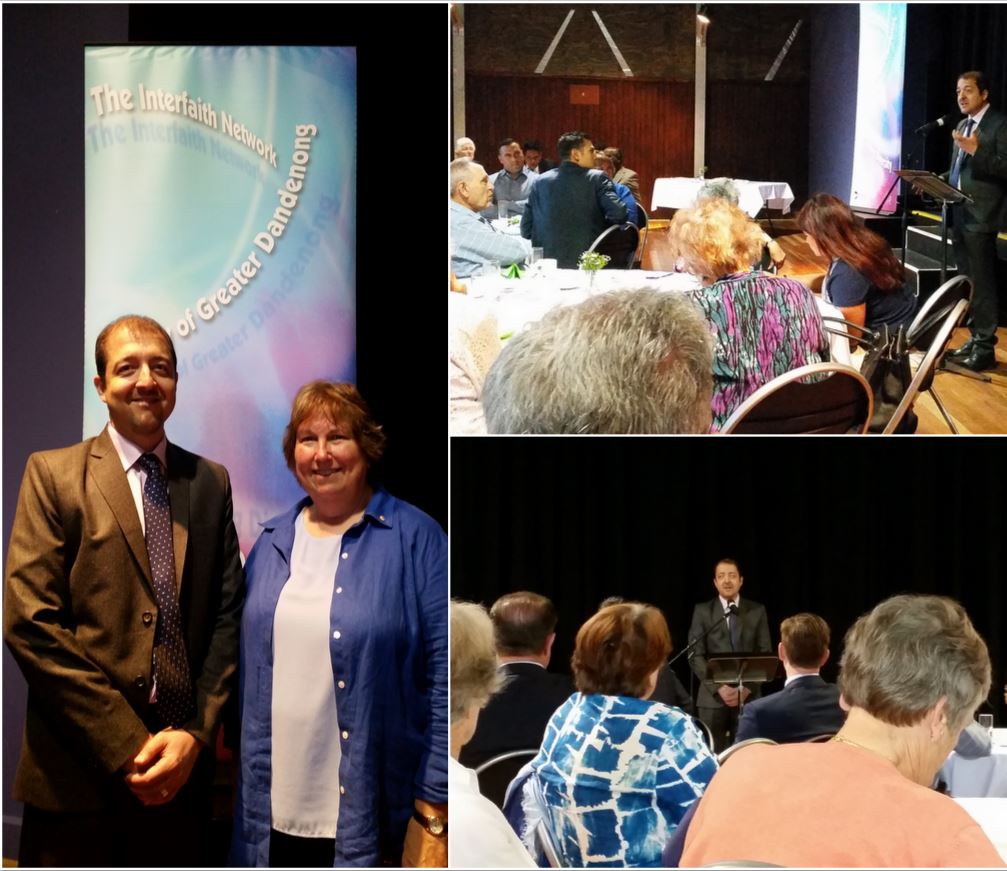 Born in Africa, to Iranian Baha’i parents and spending his primary school years in Iran, he and his family migrated to Australia in 1986 escaping the religious violence and persecution against Baha’is. He is a member of the Baha’i Faith community and of the Monash Baha’i Council.

Dr Saeedi’s interests are in moral development of children and adolescents and he was the coordinator of the Education for Peace program’s Melbourne campus, a Baha’i inspired program of personal and spiritual development for teenagers.

From his experience and wealth of knowledge, Dr Saeedi spoke on:  “Family Violence – Will it ever end? Exploring the ongoing impact of family violence on children and the complex role of faith.” A copy of the speech can be found here.

Questions raised following Dr Saeedi’s message were thoughtful and sombre, highlighting the complex and serious concern for such an important issue, with a sense of those present that everyone can contribute something toward prevention in their own area of influence and work.